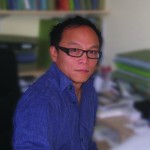 During his time with PDA / PDC, Mr Cheung has been involved with the following projects: